Join us on discord

Here is your main screen, you can check on it your personal profile, Start Battle, challenge other players on different Arena and when your reach level 5 you will be able to manage your tower. Arenas are the battlefields where players compete. They are unlocked as you increase your Trophy count. Each Arena, besides the final Arena: Mythical Arena, will unlock new Cards. You receive more rewards like Cards and Golden Rabbit in Chests with a higher Arena level. You can also solve some Puzzle and quest in order to get more reward. Do not forget that certain features are unlocked when the player reaches new Arenas rather than Experience levels.

Team are a feature where players can congregate and try to push themselves to their best potential while receiving and giving help from friends and competing with other Clans, to prove their skill in Sweet Clash. Teammates can donate cards to each other. However, you must be at least Sweet Level 3 to request cards. The player can initiate Friendly Battles in a Clan. One will not get any rewards from them, nor will they lose or gain trophies.

The Mythical Egg is the premium currency of Sweet Clash. When players first launch the game, they start with 100 Mythical Egg. Additional Mythical Egg can be earned in-game by opening Chests, completing Quests, or purchasing them with real money. They can be used to unlock Chests instantly, buy Chests and Golden Rabbit in the Sweet Shop, and more.

Play for free, evolve in NFT and win money 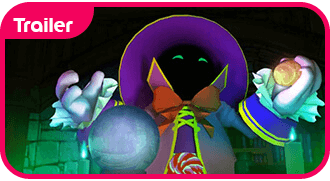 With SweetClash and your victories, you can get golden rabbits, opals, improve your characters and spells. Check our video below to understand how it works, then click on the right picture to go to MultiMetaMutilverse.com and understand how this game will change the e-sport for ever.

Our Game is a real-time, head-to-head battle game set in a Sweet Universe. The game will be launched with a limited number of different cards with 7 rarities per card. The Beta Test will start with 24 Cards Troops and 6 Cards Spells. Click below and read about the rules